Wow. From one paradise to another.

This morning we found out a little more about the Rhotia Valley Children’s Home and how they have set up – Jorg and Marise, being Dutch Doctors have used their connections for years in terms of fundraising and have a foundation set up in Holland to provide funds to operate and they have quite a number of ways to receive donations and sponsorship. They reiterated their thanks for the books we brought and help we have provided. sadly, we didn’t impose enough to get a photo yesterday with some of the kids.

On leaving, we drove down the hill and took some pictures of the mud huts, children and animals we passed. Most families have goats, chooks and cattle in very small numbers. The kids are always smiling, waving, often running towards us as fast as they can, yelling out hello. Luca made the observation : we are so rich compared to these people. Quite.
We drove through lands that are lived on by the Iraqw people – very dry, subsistence living. A very occasional small township, but mostly single houses.

The Dagota people also live here, and the Hadza people. After a couple of hours driving on roads that were being repaired but making better time than George had feared, We arrived at Kisima Ngeda (‘spring’ in Swahili and ‘spring’ or ‘water from the ground’ in the Dagota language).  We sat in the open bar area and ate our packed lunch (well, the kids didn’t eat much of it – turning up their noses at different food that still tastes good) before being shown around by Nani Schmelling who owns the place, with her husband Chris. Chris’s parents owned the land after farming the area for many years (from Germany originally) and he grew up here. Nani came to Tanzania traveling and met Chris in a bar in Arusha 18 years ago. She travelled on but returned 18 months later. 16 years ago, Chris’s father died, so they took over the land. About 10 years ago, they started developing the lodge.

The area we started in included a grassy area with a fire in the evenings, a viewing platform high in a tree, another small platform overlooking a waterhole, overlooking the salt lake. We were shown past the salt water swimming pool, and then past the various pools fed by the spring that the property is named for. They have stocked the pools with tipalia, and we are able to fish using simple stick and string lines, baited with bread. Charlie and the kids caught 14 this afternoon, keeping 3 to give to the kitchen. The largest pool used to used as a swimming pool, until the Schmellings decided to construct a water project. They installed a solar powered water pump to pump the water up to the school and the village. The area here is very safe – there are flamingos on the lake, protected by the sticky mud which stops us getting too close in a hurry, there are no dangerous animals, so we can walk quite freely – along the mud flats or the small creek of spring water from the spring to the lake, or into the forest of palm and acacia.

Our time here is now much more peaceful, and not much in the car for the two days. This afternoon, the kids swam, fished, and walked along the creek to the lake, through the mud. We have read and relaxed, walked and enjoyed the space. The rooms are once again amazing. A large canvas tent (just like the tv shows), with a thatched roof overhead, an ensuite bathroom with actual plumbing, as water is not scarce here, and the laundry service included as well as full board (yay). This truly is ‘glamping’, and we are loving it!
We walked with one of the staff here to the top of the rocky outcrop behind us to see the view, and to look down into a hyena den. The animals were hiding (as a group, we are not good at sneaking up on anything), so we weren’t able to see her or her 5 month old cub. Afterwards, we sat up in the treehouse, watching the swallows catch insects over the waterhole, while mum sat on the deck overlooking the waterhole and the kids played charades below us. This is the life!

For dinner, we had a leek and potato soup, beef steak with potato bake, broccoli and red cabbage, and the fish the kids caught on the side! It was fantastic. Dessert was pineapple chunks in a mango purée. Lovely and refreshing.

Tomorrow morning we get to go hunting with some of the local Hadza tribe. In 1974, the government tried to centralize the tribes a little to provide services to them (schools, healthcare), but when the Hadza grouped under a tin roof, they claimed that the noise of the rain on the roof killed an infant, so they rejected the governments help and have continued to live only in their small huts, with little contact with other tribes. Except for the folks that let tourists follow them on a hunt!  They hunt with bow and arrow, using 3 different types of arrows depending on the animal being hunted – sharp stick arrows for the small animals like birds and mice, metal tipped for the medium animals like dikdik and monkeys, and poisoned metal tipped arrows for bigger animals like impala or buffalo. The poison is made from the ‘desert rose’ that they cut up and boil down until it is a gum that they then dip the tips in. It kills them by inducing cardiac arrest, and can even kill a giraffe in an hour! 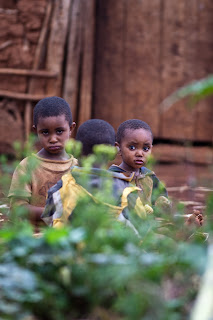 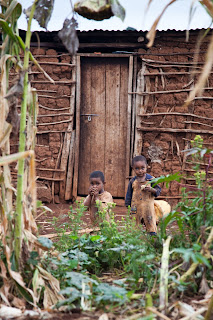 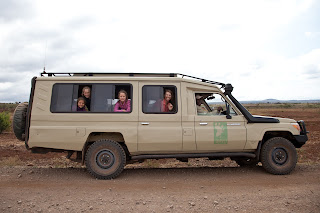 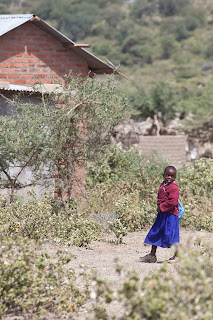 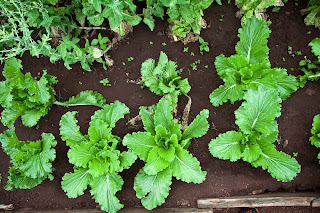 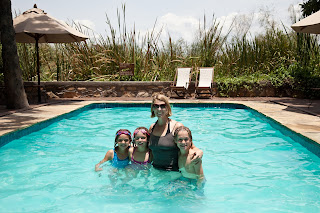 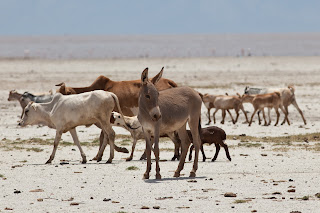 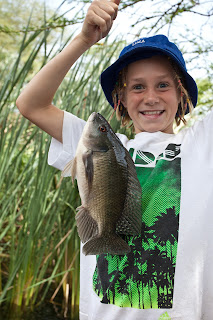 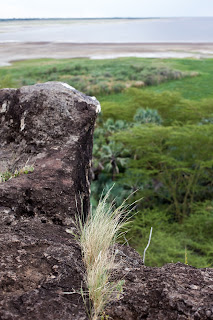 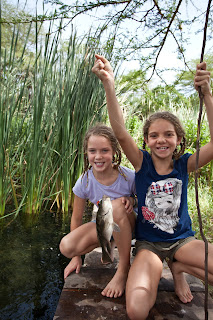