Thoughts from Charlie
Today is registration day for the Kili Marathon, which meant we got a free bus to the Keys Hotel in Moshi town, within easier walking distance to the Moshi town centre. Trudging a now familiar broken footpath to the large roundabout in the centre of town, we made our way to the supermarket to get water supplies and some afternoon snacks. Many things for sale are about half the price you’d pay in Adelaide. The standout difference was 1 litre of Smirnoff was $11! Probably out of reach for most people. Heineken was $2.30 a stubby for 330ml whilst the local brew is $1.20 for 550ml. Considering the low wage in this country im surprised how many people can afford to buy many of the things on offer. On the way to the supermarket I walked into a service station to check out the fuel prices. They were the same as Australia’s price per litre, and considering the amount of bikes and cars zooming around at speed it makes we wonder how much they have to work to get the bare necessities. I guess they don’t have iPhones / iPads / Gym Memberships / Large Mortgages / Broadband bills / Waterbills and probably not even electricity in a lot of cases.

After the Supermarket I wanted to head further downtown to the Buffalo Hotel. I read about this hotel as it bosted a Indian / Italian Restaurant, and was quite popular according to the intramanet. I figured Tory needed the carbs and the kids love their butter chicken. I guess I could sample a pizza as well!

The walk turned into a sensory overload of sounds, people and selling. The main road was a live market of people sowing clothes, washing and restoring old shoes, bartering, catching cabs, jumping out of cabs, horns blaring, yelling . . . It was a little too much for the kids at one stage but they soon took it in their stride, and with each day they get braver and more confident as they walk the streets of Tanzania.

As we got further into the melee that was Tanzanian trading I was starting to get worried that I may have got the family lost. At the last minute we stopped and looked lost we were pounced on by touts. One young man offered to show us where it was. It sounded like the all too familiar sales trap. But it wasn’t. The hotel was tucked away in a side alley, but as we walked closer we soon found ourselves beset by shirt, painting, and necklace sales people trying to extract dollars from our ‘wealthy anglo’ pockets.

I tipped the 2 guys that helped us and we went onto enjoy our Lunch. Luca and Charlie Jr got Butter Chicken, Tory ordered the Spaghetti, Milla, Spaghetti and Meatballs, Jenny had the Eggplant Parmigiana and I, the Anchovy and Olive Pizza. Washed down with Sprite and Beers it was the best meals so far and one of the best Butter Chickens I’d tasted!

Trying to escape the touts, we slipped further up the road to a side street, but our man was waiting patiently! We were trapped, we escaped only to get the sales pitch for a Tanzanian Soccer Guernsey further up the main road. Luca tried his hand at some bartering and we managed to get the top for 20,000 shillings and $4 USD. I think its the first time weve ever bought anything using 2 currencies before – very odd and quite amusing at the time. Final price was about $17.30 for an Adidas sports top. Good value but hard work.

Heading back up the road to our sister hotel I managed to get some nice shots with the big lens. You have to be very quick around here because if you get caught snapping a pic they yell and carry on, mostly for $USDs I think. So there were 2 shots I wanted to get, so I happily paid $1USD each for them – and they were equally happy to let me shoot away.

Back at the Keys Hotel we got the shuttle back to our place. 20 seconds after dropping our bags back at our room the kids were in the pool and the world was right (and cool) again. 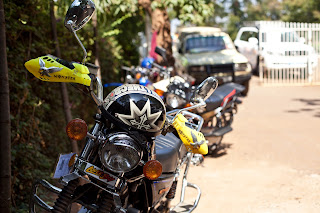 Blinged up Taxi Bikes are everywhere. 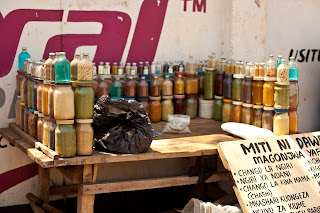 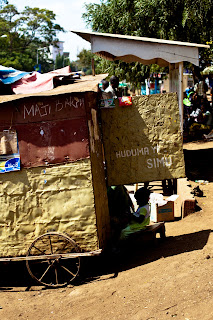 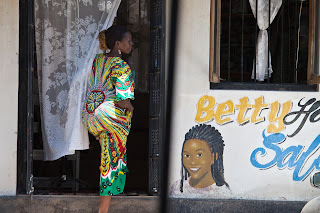 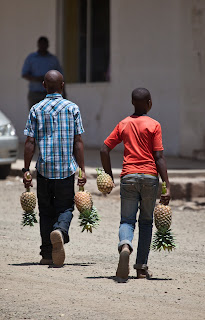 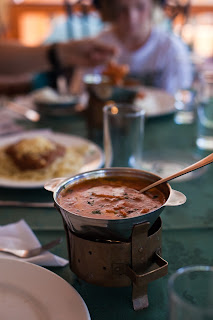 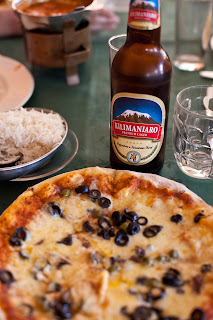 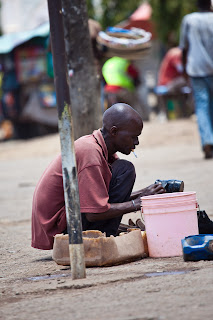 A man washing and restoring old shoes for sale on the sidewalk. 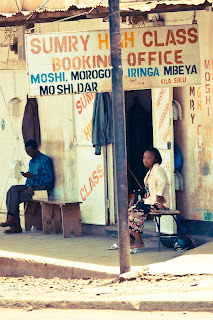 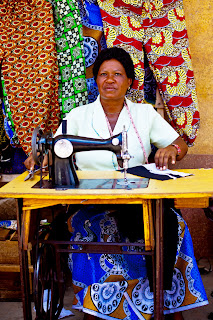 One of the many seamstress working on the main streets around Moshi. I paid this lady $1USD for her picture and she was happy to be my model. 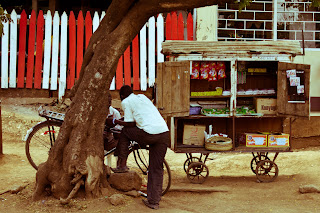 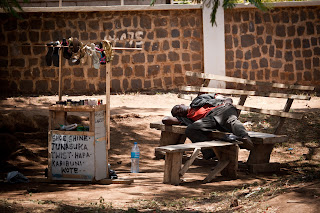 A shoe salesman / fixer naps in the heat of the day.

Thoughts from Tory.
We were now ready to get out of the sun, and into the pool at home, so started the 3km or so so walk to the main hotel again to get our shuttle. Milla commented that she didn’t want to go home.  I was surprised – she’d been talking about the pool for most of the last 2 hours. But no, she didn’t want to go home to Adelaide – she’s enjoying seeing Africa too much.

This afternoon, after much pool time and my trying to lie down and get off my bloody legs in preparation for tomorrow, one of the staff at the hotel here finally said she was ready and able to braid the children’s hair. Mum had organized it yesterday when she asked  Petronila if she knew where we might be able to get the kids hair braided (so I don’t need to brush it every day!!) and Petronila said she could do it. We suggested 8.30 am, and she agreed. So at 4pm she arrived and said she could do it now. Africa time. Eventually 4 other ladies joined her so we had 5 women huddled over the 3 kids heads, braiding for a solid 90 mins. Remarkably, they all finished at the same time!  Luca has 38 braids all sticking out of his head, Milla has 10 and Charlie has 9 that are mostly combined with 2 braids into 1 plait. They look awesome and the lovely ladies were all so pleased to have played with these kids straight hair. Awesome photos.

Luca was pumped with is – with his denim shorts, Tanzanian soccer shirt and funky hair, he looked very cool, and the girls look gorgeous. We are very much in holiday mode now, and are really enjoying all the family time.  They kids are all writing a little into their travel diaries, and Milla has done a little of her school homework. Both girls like to sit and do some of their puzzle book activities and I had bought Charlie quite a good looking maths book to work on while we are away. They are back in the pool again now, playing Marco Polo with a bunch of middle school kids that have arrived – we thi k they are form an international school, but the kids will fill us in later.

An early start tomorrow, 0430 for breakfast then the 0515 bus for me, 0545 for the others, for my 0630 race start (oh, there are the race jitters kicking in), and 0730 for my fun running family. Gran found a friend today – a lady called Kathy who Iives in Angola now but has a house in Houston – who saw us getting off the shuttle, so knew we were part of the Wild Frontiers group for the marathon and asked if she was walking the fun run. She has a sore ankle so will be walking and was so excited to find a potential buddy!