Probably the easiest day so far on this journey around Iceland. After a late night of clothes washing, photo editing and blog writing we started the morning at a leisurely pace.

The first stop was the Museum at Kirkjubaejarklaustur. A modest place with the obligatory pull up banners and sign boards explaining more volcanic activity in the region. The main attraction we wanted to see was a movie that documented the 1784 eruption that killed 1/5 of Icelands population. 12 cubic kilometres of lava spilled from 2 giant fissures (up to 27km long) over a period of 7 months, destroying the land at first then poisoning the air and ground. 1000’s starved and much of the livestock for eastern Iceland was lost. The clouds of poisonous gas that blocked the sun across Europe was said to have caused more than a million deaths related to starvation in lost crops. If it happened today, flights in the northern hemisphere would be cancelled for up to 18 months and untold lives lost. On average this Volcano wakes every 200 – 500 years, so it could happen in our lifetime.

After seeing this dramatized horror story of local geology it was onto to see the Vatnajokull and Jokulsarlon. It was the first warm sunny day since we arrived and we wanted to make the most of these spectacular locations. The drive to Jokulsarlon took us past the the mountain range that was home to the Vatna Glacier, and Icelands highest peak at 2000m. Permanently blanked in ice and snow, it is also the home of several volcanos. In 1996 a large eruption under the glacier caused melt water to accumulate in a large mountainous lake. The ice finally lifted after 30 days of melting and the water cascaded down the side of the range. It flowed at a rate of 50,000 sqm per second for 48 hrs destroying roads and bridges as the water carried down 3 story building sized blocks of ice and water. The movie we viewed at the visitor centre was just stunning.

At the eastern side of the Glacier is Jokulsarlon. A glacial lagoon that at the bottom of a glacier (as many of the glacial tongues around here have), causing car sized icebergs to clave off in a postcard perfect setting. One of my ‘must see’ destinations it did not disappoint. Eerily silent except for the sound of dripping water as the large bergs melted in the sun. Simply wonderful, that the pictures below can only begin to portray.

We then travelled back to the Skaftafell National Park to set up camp for the afternoon. For the first time in our trip we had time for some rest and an afternoon nanna nap. Waking at 5.30pm we decided to hike the surround hills and check out the local waterfalls. It was a 5.3km hike with beautiful vistas of the flood plains and lava fields below. After some ‘jesus fish’ (postcard) photos of the hero waterfalls and surrounding streams we made out way down to the plain. It was on the descent that we came across ‘Sell’. A 100 year old farm compete with the traditional grass covered roofs that we saw in so many postcards. Under the care of the National Museum it is perfectly restored and gives us a glimpse of how the traditional icelandic villages were like. The roof is made from beams of timber, usually driftwood, covered in slate like rock, then dirt and finally grass covering the entire structure. The buildings are semi buried into the hillside to add more protection from the elements and provide more warmth. A picture perfect setting that wasn’t outlined with the attention it deserved in our guidebook.

A little further downhill, we found a small path into a small forest. There was a lovely pool in a dell, where they would keep the lambs overnight so the ewes could be milked each morning. The forest, such as it was, was pretty – a huge poplar, spruce trees towering above, and birch trees – both silver birch and a smaller, twisted type of birch. There don’t seem to be any extensive forests here, but there are pockets, and tall trees do exist – we are seeing more farms here in the south of the country with rows of trees as wind breaks for their farms.

Curry and Rice for dinner, washed down with Icelandic Vodka and 2 episodes on True Blood ended our day, ready to sleep in our van with a view of the enormous glacier and 5 of its flows. 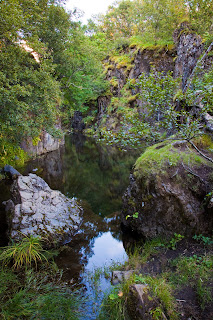 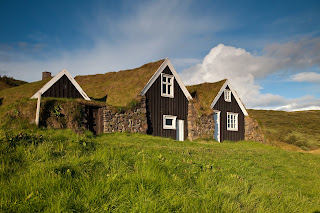 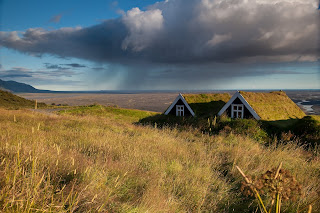 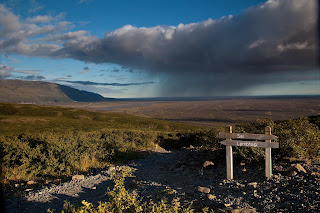 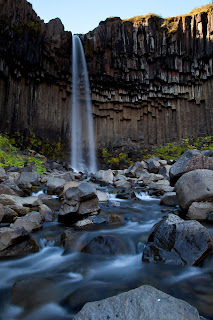 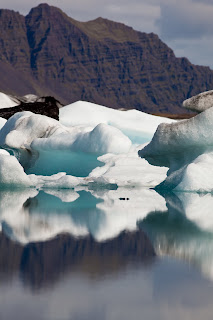 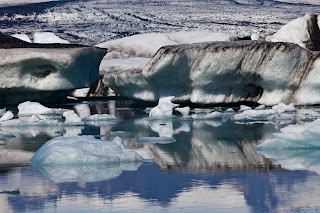 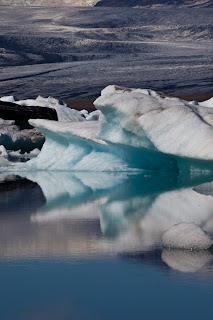 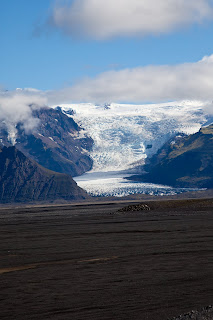 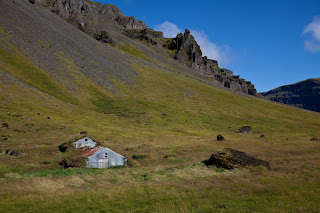 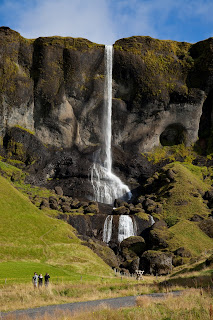 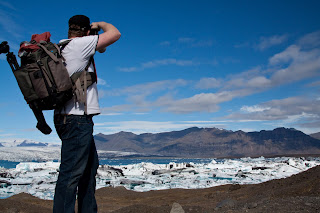 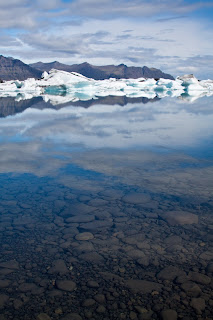 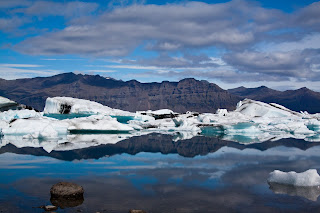 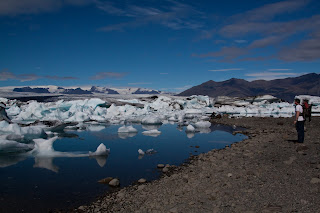 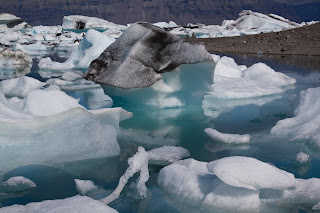 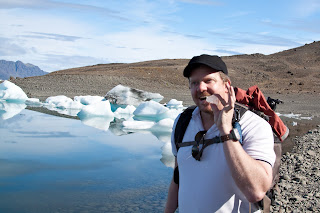 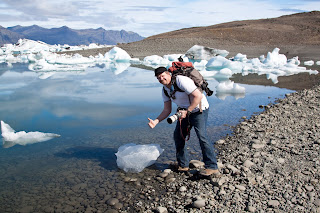 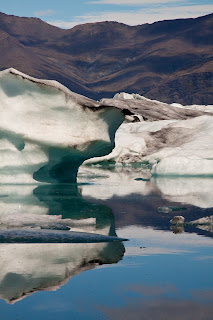 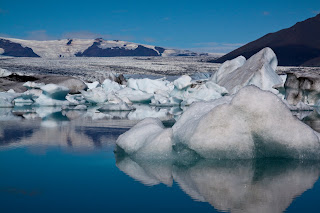 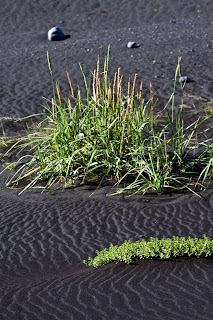