With the light disappearing at 11.45pm the night before – it was an early rise at the Horse Farm at Elborg around 5.00am. Already the light was pouring through our camper window, with the sun still seeking it’s way from beyond the surrounding range. We were up and showered and ready to go by 6.45am on the way to Snaefelles Peninsula. Our challenge was to get as far north as we could to take advantage of the larger camper we had before changing over to the smaller Triton version later in the day.

Heading along the southern edge of the peninsula we found several churches along the way. These gorgeous outposts of Christianity in the remote countryside of Iceland. Our first major expedition saw us summiting the large mountain that was home to the Snaefelljokull Glacier. The going was steep and precarious as the relentless winds buffeted our 3 tonne Dodge as we climbed further up. Icelandic sheep with their hooves wedged in between the tuffets of moss and lava were al trying to stay on terra firma. At the furthermost point of safety and sanity we stopped to turn the car around and mark our achievements with a couple of photos. As soon as the latch of the car door clicked the doors swung open with ferocity as the wind clawed at our layers of clothing and whipped our faces red. It was exhilarating, funny and somewhat scary. I wont try to even describe Tory’s efforts in going to the toilet!

The wind was now the punchline to every observation w made on our 500km drive. It was repressive and unstoppable with only the direction changing as we rounded the Peninsula. Sites along the way included a black pebble beach complete with rusted flotsam from a capsized english fishing boat in 1947, 1000s of acres of Lava Fields frozen in time, Icelandic Horses, Waterfalls, more Sheep and glacier scarred mountain ranges that punctured through the barren landscape.

Next was an exploration to the interior on a ‘white’ grade track. The narrow course wound it’s way from the Fjordlands into the countryside to eventually connect back up with Highway 1. Initially looking like a 10km shortcut it turned into a 25km journey on what seemed like a fugged moss covered version of driving through Arkaroola.

We met up with August, our camper man, in Hvammstangi (Ham sandwich), where we waited an hour or so in a cafe / bar and were able to charge the computer a little, and utilise their wifi. An orientation to our new wheels – a Triton L200 ute with a pop top camper on the tray – and we headed north around the Tjornes peninsula, not spotting the elusive puffin nesting grounds, towards Osar, and Hvitserkur rock. We opted to set up camp in the local carpark, to enable a dawn shot of the rock. 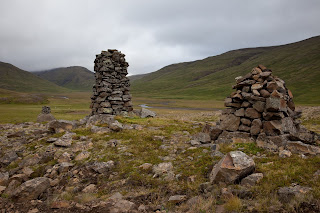 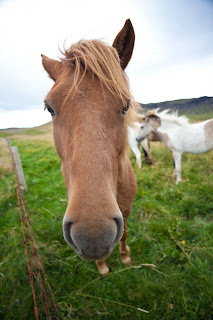 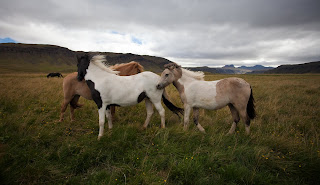 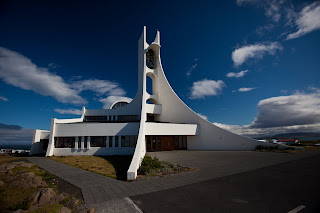 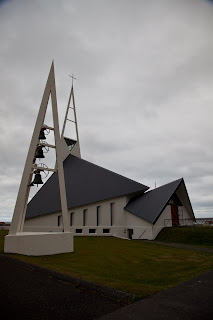 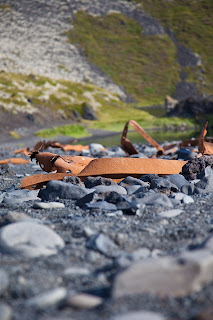 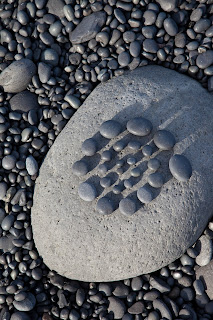 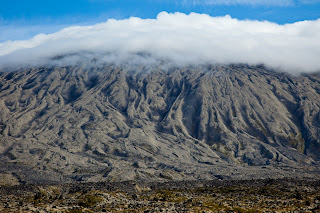 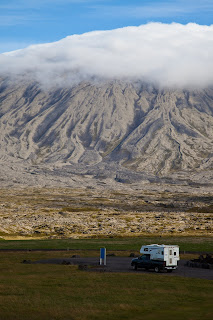 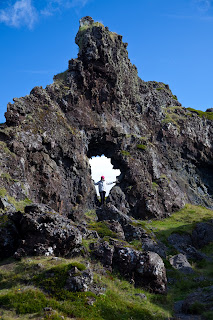 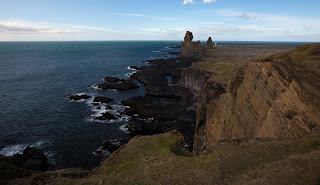 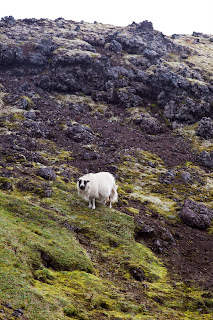 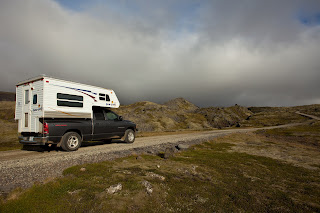