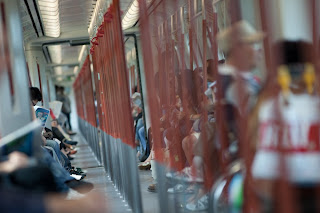 Today we venture into Hong Kong City and Kowloon. To give us an excuse the explore the city i have chosen 2 stores that I need to visit before we hit the Chinese mainland tomorrow. The stores are Lomography (lo-fi toy camera boutique) and Tin Cheung (hi-rent Canon retail experience). With pre-programmed iPhone maps we were on our way.

Keeping pace with Tory’s power strides around, in-between and amongst the generally height challenged locals we made our way to the first stop: Lomography. As we walked the cities streets a whole new world opened up to us. Past street vendors, fruit stands,live fish markets and men building skyscrapers with bamboo scaffolding, this city of Hong Kong seemed eons away from the sleepy burbs of Adelaide.

In no time we had made the 1.8km walk from central station to the Lomography Store. But it was closed. It seems that stores in HK don’t open until 11.00. Luckily there was a 7-11 across the road. We purchased some water and an Icey cold beer and sat in the manicured gardens across the way. After slaking our thirst and watching Tai Chi enthusiasts (from now on I refer to them as ninjas) we decided to explore through Bird Nest Street and Herbal Medicine Alley.

On our way to said alleys – we happened upon the a large centre that offered live fish markets and and other delicacies – or from what I could assume given the smell. My mandarin is a little rusty. Once we were inside you would’ve thought it was the set for Tarantinos new ‘Hostel’ offering. But it wasn’t. It was animals of every shape, breed and flavour being diced up into every imaginable serve, cut or purpose. The stand out was a shaved goat that had been essentially drawn and quartered but complete with head, eyes and beard that followed my gaze is a slipped past. On the way out a wire cage of croaking toads caught my camera’s attention – who knows what fate awaits them.

Leaving the markets we made our way to the above mentioned alleys. Piled in boxes, crates and clear tubes was an array of every kinds on mushroom, herb or dried animal once could imagine. Whilst Tory documented our find I went on my way to find the hero shot and there it was. A tomato box of of neatly stacked, tied and skewered flying lizards. Complete with their original metallic colored scales and piercing eyes – I couldn’t quite think how you would prepare them – it was possible they were an asian form or medicinal jerky, but didn’t try.

Next stop, Kowloon. Our Kowlooon journey across the water was required as I desperately needed a CF card and battery grip for my new rig. Once purchased I asked the camera guy if he knew a place that sold cold beer. He looked at his watch and so did I in unison. And explained that it was far too early. Funny, my watch said 1.10pm – far too late I thought for the first ale of the day. Picking that I was Australian he pointed me to a promenade at the end of the street. Once arrived – I understood his directions and wry smile. It was Australia street, selling cold beers, steak and pizza by the tray full. We pulled up stumps and enjoyed several rounds and some tasty pizza (by asian standards) and left after an hour of air-conditioned comfort.

After a short train journey we arrived at Tung Chung Station I had the taste for more cold beverages. Tory had the taste for more (or some) shopping as I had out-shopped her at this stage. I left Tory to her devices and in 5mins was enjoying a $7 bucket of Hoegarrten at the Novotel Front Bar. Within an hour and with 2 hrs to spare Tory joined me and enjoyed our last moments in HK with a round of berry Daiquiris.

Next Stop China Mainland (Guilin)
A 1hr flight from HK to Guilin seemed easy enough. But the 1.5hrs of customs, bus transfers, customs, baggage checks and swine flu paperwork got our nerves to say the least. It was now 9.30pm and we were finally on our way from Guilin airport to the city. After an hour of some of the worst roads imaginable we arrived at Eva Inn on the banks of the Li River. 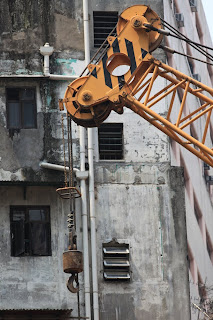 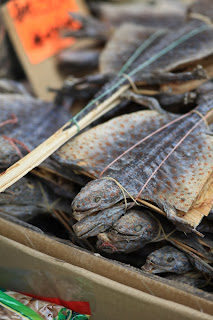 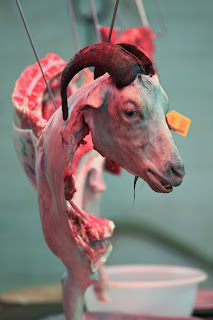 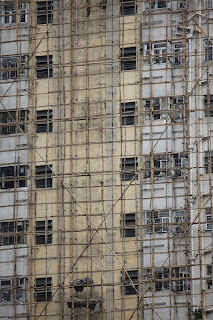 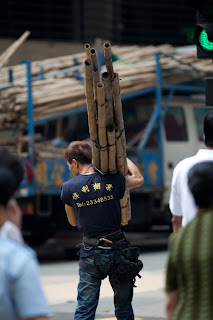