After a cold night at the Thingvellir camp ground we set out on a 8km hike through the fissures and lava fields of the area to explore Iceland’s most important historical region. Thingvellir was the site of Iceland’s first parliament in started in the year 930 AD. The original settlers would travel from all the reaches of Iceland, sometimes up to a 2 week journey to reach the site to discuss and enact new laws, serve justice upon criminals and outlaw people and lay the foundations of the new land. Only small foundations of the original budir (booths) remain. The small stone and turf huts served as shelters for the parliament goers and they acted like stalls at todays music festivals – selling food and drink. There were performers, food vendors and entertainers for the 2 week period each year the parliament sat. As we walked around the area we tried to imagine the original inhabitant viking types in this rugged land of ancient fissures, lava fields and waterfalls. The original amphitheatre was a 30ft high wall of basalt that, over time, had risen from the surrounding landscape at a rate of 2 inches a year.

After our history lesson we headed south towards Reykjavik with a slight detour to a geothermal power plant, Nesjavellir, that provides Reykjavik with hot water and green energy. It was an interesting walk along the gangway that let visitors view the operating plant. Many signboards later we pretty much knew everything there was to know about geothermal. Fact 1: The power plant releases the same amount of CO2 in one year as a coal fired station would in 7 days. Fact 2: The entire Icelandic fishing fleet release the same C02 in 10 days! Clearly a clean energy source that is abundant in Iceland.

After the power plant our mission was to try and capture (in digital film) the elusive Puffin. Our trusty Lonely Planet guide directed us to a rocky cliff outcrop in the south of the country, a nesting and breeding ground of this parrot faced penguin bird. After traveling the ‘white grade’ road for several km our memories of the midway point of our holiday came flooding back. We were in no mood to search too far for this bird, especially this late in the season when they have likely all headed south for the winter. After arriving at the coast, a cursory look for 5 mins produced no gold – only seagulls – so we hopped back in the camper and resumed our original mission, which was to visit the famous Blue Lagoon.

After our experience of the Myvatn Nature Baths our expectations were high. The Blue Lagoon represented the pinnacle of Icelandic Tourism marketing. It was mentioned everywhere – and it is said that 90% of all visitors to Iceland come to experience the soothing mineral laden waters of the lagoon. At $50 person that represents $20M a year for a lava rimmed lagoon, filled with waste water from the nearby power plant, clever and effective marketing. That does simplify the experience somewhat, the setup was second to none. Shower facilities, lockers activated by a bracelet that you wore while in the pool that even had $50 bar credit on it. The credit could be used at the lagoon bar for beers, krushies and even Blue Lagoon cocktails . . . nyuk nyuk.

The waterfall pummeled and massaged your shoulders (the guide book described this as feeling like being massaged by a troll – I laughed at how true this was when I was under it’s thundering flow), silicate mud was abundant and used to create a natural face mask to exfoliate and moisturise your skin. There were steam rooms, a steam cave ‘grotto’, Lagoon bar and café and a fumerole that vented hot steam whilst you floated along the mineral rich waters. For all it’s hype, it wasn’t as good as the cheaper version in the country. It wasn’t as deep or hot as before and the glare from the sunny day, strangely enough, took something from the experience. The rainy cold and misty experience last week was far more otherworldly.

We left at 5.30pm and made our way back to the Reykjavik Camp Ground. Driving on the right hand side of the road, negotiating roundabouts and tricky intersections is coming naturally to me now and I feel practically like a local.

After a rest we headed into the Reykjavik city centre for a sample of the night life. At 11.00pm we felt like we were too early what was reputed as a party town. Nevertheless, we had a couple of beers, ate a famous Icelandic hotdog as described in our guide (from a stall near the harbour where Bill Clinton bought one! It was very tasty, and again, cheap – $9 for 2 hotdogs and 2 drinks) and walked the return 7km journey back to the campsite. 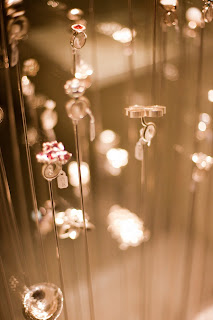 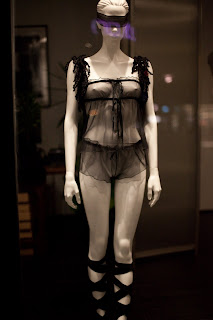 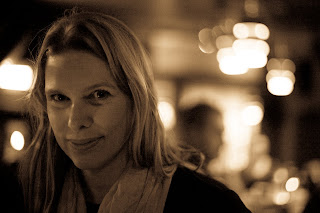 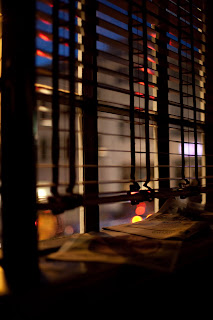 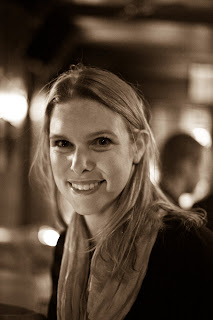 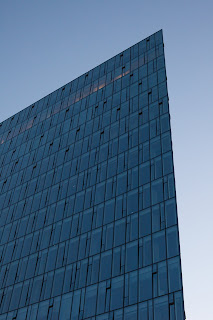 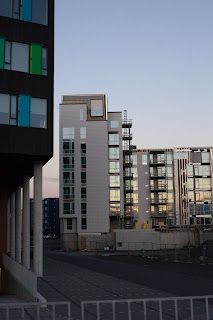 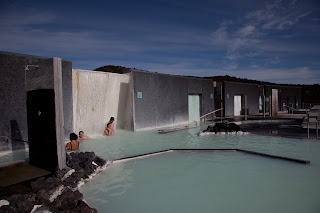 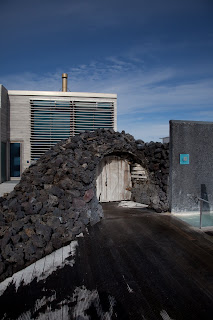 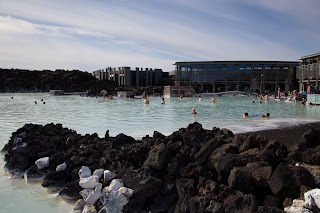 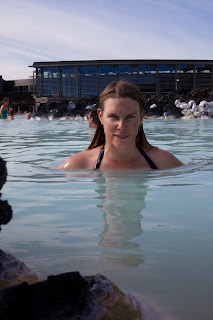 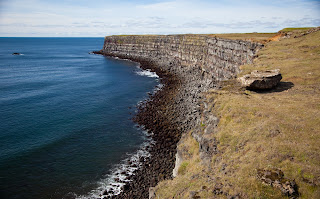 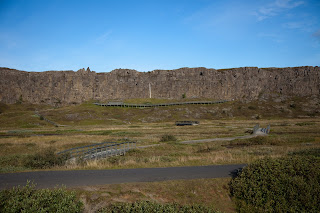 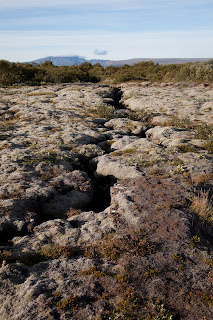